When We Were Eating Unripe Pears 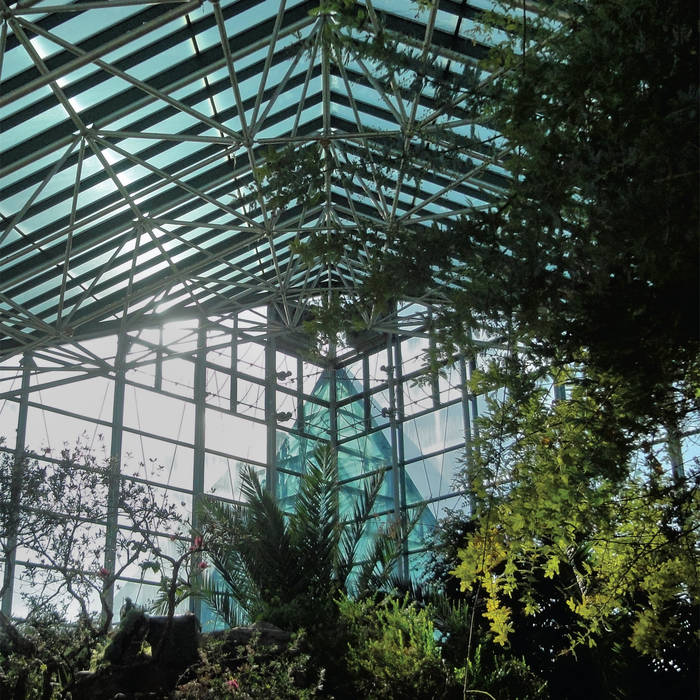 That old saw about dancing and architecture notwithstanding, I am like most people who make records in that I do not especially relish the task of writing about them. (Better to focus on putting one's pants on both legs at a time and using one's Sèvres china every day, if you ask me.) That's not to say that writing about records is a worthless or futile undertaking — far from it; however, as artists ideate in their media of choice, they implicitly challenge the assumption that the written word is the privileged medium of ideation — or at least they do so to the extent that their work succeeds. This truism aside, I seem to have drawn the proverbial short straw, and so it falls to me to tell you something useful about When We Were Eating Unripe Pears, a record which I recently completed, and which will be released shortly (perhaps by the time you read this, even) by Spectrum Spools.

The seven pieces on this LP were developed over a period of about five years; Rain in Coffee is built on a Hyperborean Trenchtown-era demo, while Pinq Drinq — sorrel, for the record, and neither guava nor antacid as certain wags have already ventured — was reanimated directly from the cutting room floor, eleventh hour twenty-twelve. As a whole, they should probably be considered the proper "sequel" to Canzoni dal Laboratorio del Silenzio Cosmico, extending that record's preoccupation with the dream interiors of post-1965 Fellini and synthesizing (pun very much NOT intended) it with Elegy for Beach Friday's fascination with the lush and abject facets of advanced gastronomy and the embrace of the recursive, solipsistic, simultaneously expansive and claustrophobic universe of the sampler on Vaporware/Scanops.

However, in direct contrast to each of those prior works, When We Were Eating Unripe Pears draws more deeply on formal ideas from the history of records than any Bee Mask release to date. Toward this end, most of its constituent tracks were hammered into their finished shapes "on the road" throughout 2011 and 2012. Those of you who heard me on tour in the United States, Canada, Australia, and Japan, and particularly at Voice of the Valley, the Bunker, and Labyrinth played a part in the process of shaping this material and so may well experience the shock of the familiar.

When We Were Eating Unripe Pears was recorded in Cleveland and Philadelphia between 2007-2012. It was edited and mixed at Tranquility Base in Summer 2012, mastered and cut by Rashad Becker at Dubplates and Mastering, and pressed by Pallas Group. The first 300 copies are on translucent green vinyl. Mark Price did the photography and layout. Special thanks are also owed to Jason Anderson, Katherine Brady, Matt Carlson, John Elliott, Lawrence English, Daniel Lopatin, and Alex Moskos, without whose perspectives this would be a very different and much lesser beast.