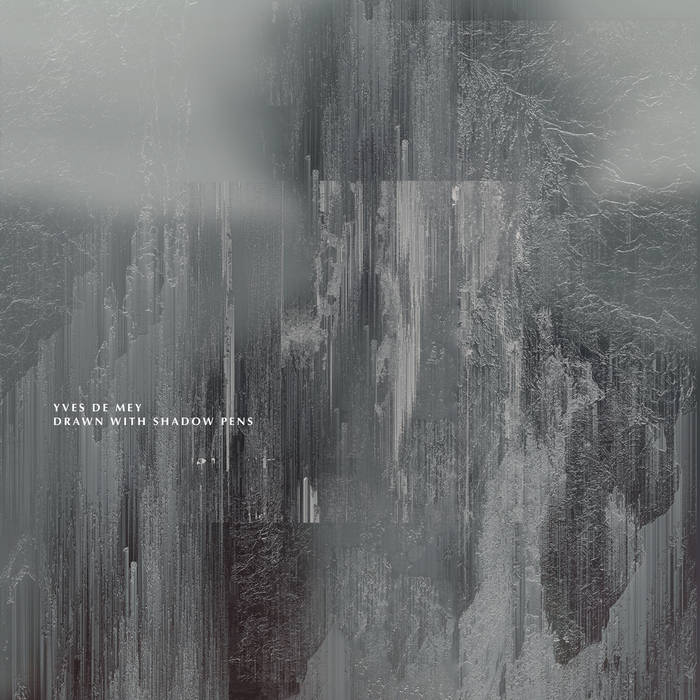 "Drawn With Shadow Pens" is the new album by Antwerp based synthesist and sound-sculptor Yves De Mey. With previous outings on Opal Tapes, his own Archives Intérieures imprint with Sendai partner Peter Van Hoesen, and the now defunct Sandwell District, "Drawn With Shadow Pens" is the next offering in the Y.D.M. codex. Rarely is a gifted musician afforded the luxury of also being an incredible engineer, and this new album is a testament to these talents. "Prelament" sets the album off with a dense fog of acrobatic waveform maneuvers slowly shapeshifting through the audio spectrum before arriving at a vibrating, multi-dimensional sonic black hole . Tracks like "Adamance" and Xylo" sound like audible holograms, with stray rhythms dissipating into and out of sharp modulations and sinuous drone layers. A pure sense mastery over the instruments played is evident, however, many compelling sound events seem to occur and disappear almost magically. The beautiful and spacious depths of "Ostia" unfold with monk-like patience, creating a surreal and hypnotic electronic sound environment.
"Drawn With Shadow Pens" is a successful attempt at striving to reach new a new apex in modern electronic synthesis; an album that will sound futuristic even in the future. If one were told that this entire album was comprised of tracks recorded in one-take and in mono, it could be difficult to fathom. Difficult to fathom, but indeed it is true.

Featuring Oakland sounds from the Smart Bomb collective and Samplelov.